Starting Wednesday August 4th, 2010 Clark County, WA (and beyond) residents will have an opportunity to visit the American Veterans Traveling Tribute which will be in La Center, WA for 5 days. Between Wednesday and Sunday the traveling Vietnam Veterans Memorial will be open 24 hours per day allowing everyone ample opportunity to visit it in their own personal way. 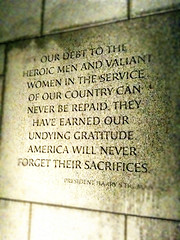 The official journey to La Center will begin at 2pm on Wednesday with several hundred motorcyclists escorting the “wall” to Holley Park. Once it arrives it will take about 4 hours to get it all set up. The whole experience will be open from 6pm Wednesday until 5pm on Sunday.

This certainly will be a most emotional exhibit and time (I know I’ve teared up while reading about and researching this). I’ve lost dear friends who served and sacrificed the ultimate price and have many loved ones who have served (and sacrificed in other ways) our country through every major conflict back to World War II.

The following is a brief description of what to expect as identified on their website:
Our traveling tribute is a true depiction of the great sacrifices made throughout the history of our country. It consists of:

* Displays representing statistics from every war/conflict that the USA has been involved in.
* A series of World War II panels portraying the entire timeline of events.
* A Korean War tribute representing the timeline of the entire conflict with corresponding battle maps and photos.
* The Traveling Vietnam Wall – 80% replica (largest replica) of the Vietnam Veterans Memorial in Washington DC. The “wall” stretches over 380 ft long from end to end and contains all 58,253 names. The “wall” is current through 2009 and is constantly being updated to accurately pay tribute to those who died during the Vietnam war.0
* A timeline, series of facts and figures, and a display of art from Vietnam veteran artists depicting patriotic and veteran themes.
* A display of USA founding and significant historical documents including the Constitution, Declaration of Independence and other historical documents. (and even more…)

My Vietnam Veteran… My Dad! 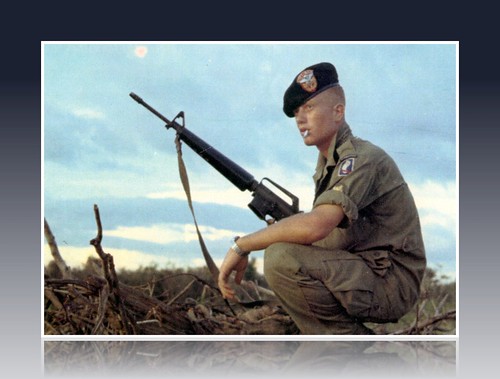 The Vietnam Veterans Memorial will be set up at Holley Park located at 1000 E. Fourth Street, La Center, WA. You can also connect with La Center Honors Vets on Facebook.