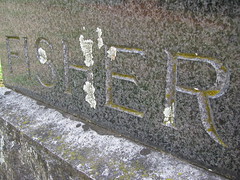 I have wanted to share about the Fisher Cemetery for a while now and I thought that Memorial Day was as good as any to share about a cemetery. If you are into history at all, especially our local history then you really should stop by and explore the Fisher Cemetery for a bit. This is the oldest public cemetery in Clark County, WA. It was established in 1852. This is just one year after Solomon Fisher and William Simmons staked Donation Land Claims for the entire area we now call Cascade Park and Fishers Landing. The following excerpt is taken from the Waymarking website:

Solomon Welton Fisher, his brothers and sisters along with William Mortimer Simmons, Ann Fisher Simmons and their children had traveled westward from West Virginia. They left Missouri in the spring of 1850 by covered wagons pulled by oxen, heading for the gold fields of California. 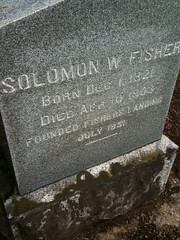 After meeting so many discouraged gold seekers, they headed toward the Oregon Country instead.

Fisher established a riverboat landing. Wood was cut for fuel for the river steamers. Several steamers stopped every day at the landing to take on cord wood. 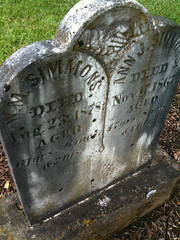 William M. Simmons, a family man, was a farmer. He built a two-story house with a large, central brick chimney with four fireplaces. The lumber was cut at Hudson’s Bay Company sawmill and towed upriver to the landing. He had a large fruit orchard with all types of apples, pears, peaches, prunes, walnuts and grapes.

A riverboat landing was built on Simmons riverfront property about present-day 17200 SE Evergreen Highway. Simmons rented it to Remington who sold wood stacked high along the landing to river steamers for 85 cents a cord for fuel.

Imagine if they had continued on to California… It makes me wonder how that area would have been different if they hadn’t been there.

If you go to Fisher Cemetery, take the time to walk around and read the headstones. They tell some amazing stories. Who served our country, who had families, who didn’t. Who lost children. You’ll see names you will be familiar with since they were the original architects of eastern Vancouver. 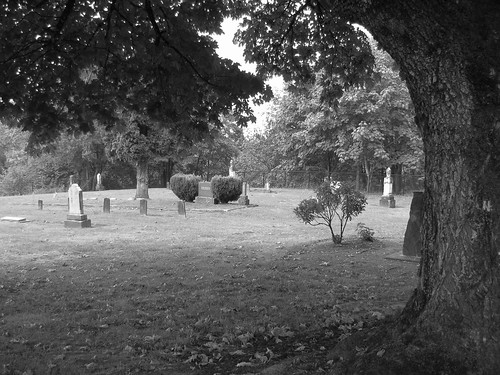