Today I stumbled upon the location through the most round about of ways. I was on my way to an appointment when a friend checked in on Foursquare letting me know where she was. I happened to be driving right past so I thought I’d stop in to say hello real quick (and scope it out for a future post) ;). If I would have had time today I would have covered it but I was in need of a slightly quicker lunch. Once leaving I spotted the word PIZZA. Now in my world, this is about as perfect of food as ever created. So I thought maybe they did by the slice so I could grab a quick slice to go. As I pulled up in front, another friend popped her head out the door and waved me down. She and her family were inside eating lunch. So I hopped out to “check it out”. No by the slice but they did have an awesome lunch special of the day. Any two topping personal pizza and soda for $5. Perfect! Plus they could make it up fast for me to hit the road and not be too late for my appointment. 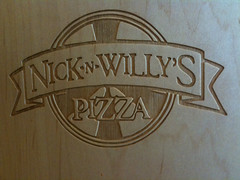 The place I discovered is Nick-N-Willy’s Pizza in Hazel Dell right on NE 78th Street and Hazel Dell Avenue. Apparently they’ve been here a couple years and I’m sad to say, I hadn’t ever stopped in before. I really like this “little project” since I also discover some great new places. Now I have another pizza place on my radar that is worth stopping in for. My friends said they also loved it and they appreciated that it wasn’t as expensive as some other pizza places in town. I was very happy with my lunch special.

The crust was fresh and soft and I had plenty of pepperoni and pineapple on my pizza. The sauce was very good. It was also nicely sized for a “personal” pizza. They also do calzones, salads, and some sandwiches. Maybe you’d like to see Nick-N-Willy’s full menu? 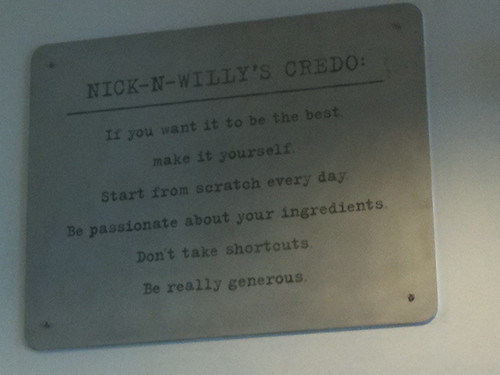 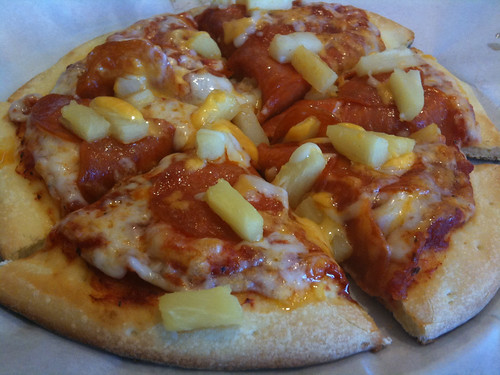