As far back as I can remember I’ve been eating at Mexican Villa Restaurant in Orchards. My memory goes back to the mid 1970’s. I am not sure exactly when they opened but I’m pretty sure they are probably as old as I am. 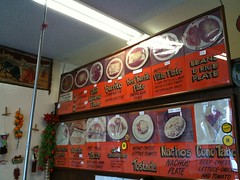 The funny thing is in all those years there menu and restaurant hasn’t changed (with the exception of adding chicken to the menu). You could get a Cono Taco as a kid and they are still there on the menu today. The decor on the walls hasn’t changed either. Another thing that hasn’t changed in my opinion is the tastiness of the food. This “hole in the wall” has been a staple restaurant in my family forever. My parents still frequent it many times per month.

Are they the best in town? Some will tell you yes, some will argue no. Are they consistently good? Absolutely. If you went there 30 years ago or 30 days ago, you’ll find the exact same thing. 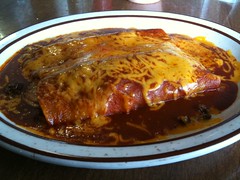 The reason they don’t change or modify is “if it ain’t broke, don’t fix it“. They have found a formula that works and have a steady stream of customers who’ve been frequenting them for decades. Maybe it’s time to add you to that list…

It is noteworthy that you do pay for your tortilla chips (but they ARE good!) and they only have six round tables in the restaurant so be prepared to wait a few (during peak hours) or share with someone else. Who knows, you might just make a new friend?

(Today’s video is slightly different than my normal ones. My friend Alan had a fun idea he wanted to try so I played along. It was fun.) ;)