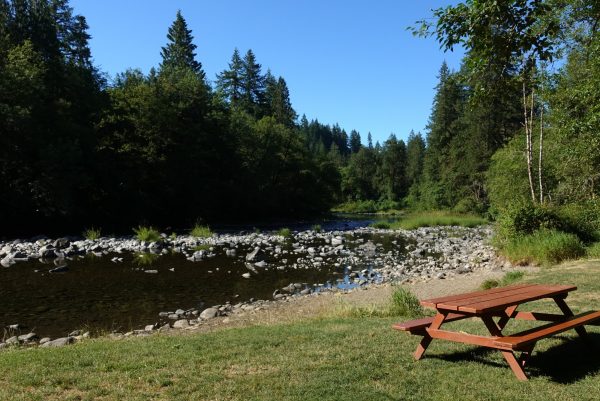 Battle Ground is a city in Clark County, Washington, United States. The population was 17,571 at the 2010 census. Between 2000 and 2005, Battle Ground ranked fourth in the state for population growth, out of 279 eligible incorporated communities. As of 2018, their population is over 20,000, with no exact data due to large suburban growth.

Every year in the summer Battle Ground puts on Harvest Days. There are a number of community events including parades, street dances, a carnival and chili cook-off. Battle Ground is an almost yearly winner for the Float Best Exemplifying Community Or Civic Involvement And Pride in the Portland Rose Festival’s Grand Floral Parade. In 2006, however, it received the Sweepstakes Award for Most Outstanding Float In The Parade.

If you're considering selling your Battle Ground, Washington home, we utilize the latest, cutting-edge, real estate marketing tools to expose your property to the widest range of potential buyers. We are here to get your house aggressively marketed to sell as quickly as possible and for the best price! Our goals are to help you get your Battle Ground, Clark County, WA home sold, put you in the strongest negotiating position as possible, and to make it easier for you and reduce surprises.

It's hard to believe 365 Things To Do In Vancouver WA was created 10 years ago! So much has changed and there are so many new things to do I figured it was time to update the site. Some days will be updates to original blogs like today. Some days [...]

Before relocating to the Vancouver, WA area a year ago, I had lived in the Seattle / King County area my whole life. While growing up there, I was always trying to find fun places [...]

Fill in the form below to request a callback to discuss your Battle Ground Clark County real estate needs.